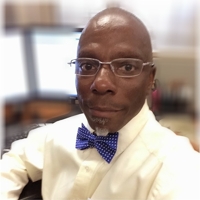 Who am I? My name is Marlin May, known throughout the web as "zentinal". I'm originally from Los Angeles, CA, and I attended my first science fiction convention in February of 1978. It was a tiny affair, imaginatively named Science Fiction Weekend. My first thought, "Who <em>are </em>these people?" My next thought, "Where have they been all of my life?"

I've been hooked ever since.

A non-sequitur. As I write more, if I'm not careful, my taste for the absurd can slip out. Don't worry, I don't bite. Well, not usually.

I'm interested in many types of genre works, naturally some more than others. Most of what I read ends up being sf, fantasy rarely, horror almost never. SF &amp; fantasy film I've always loved, and can talk your ear off about given a good scotch. I have a nodding familiarity with most comics, but a few (Watchmen, American Flagg, The Authority, etc.) I've consumed with abandon. I also have an interest in science fiction inspired music, such as the works of the band <a title="Ayreon" href="http://www.ayreon.com/">Ayreon</a> (which I highly recommend).

As far as fandom goes, my favorite part of fandom is the fans! Whether costumers, filkers, BNFs, SMOFs, party mavens, huxters, fandom is my tribe, the place I belong.