Posted in: UpcomingCons
May 25, 11 at 7:08pm | Kelly Rowles
Last year, one of my favorite conventions ended up being The Steampunk World's Fair (SWF). It was brand new, and the first steampunk convention in my area of the northeast, so I knew I just had to attend. I ended up going with fellow Convention Fans Blog contributor Dan Fowler, and we had an absolute blast. We started looking forward to SWF 2011 almost as soon as 2010's had ended. 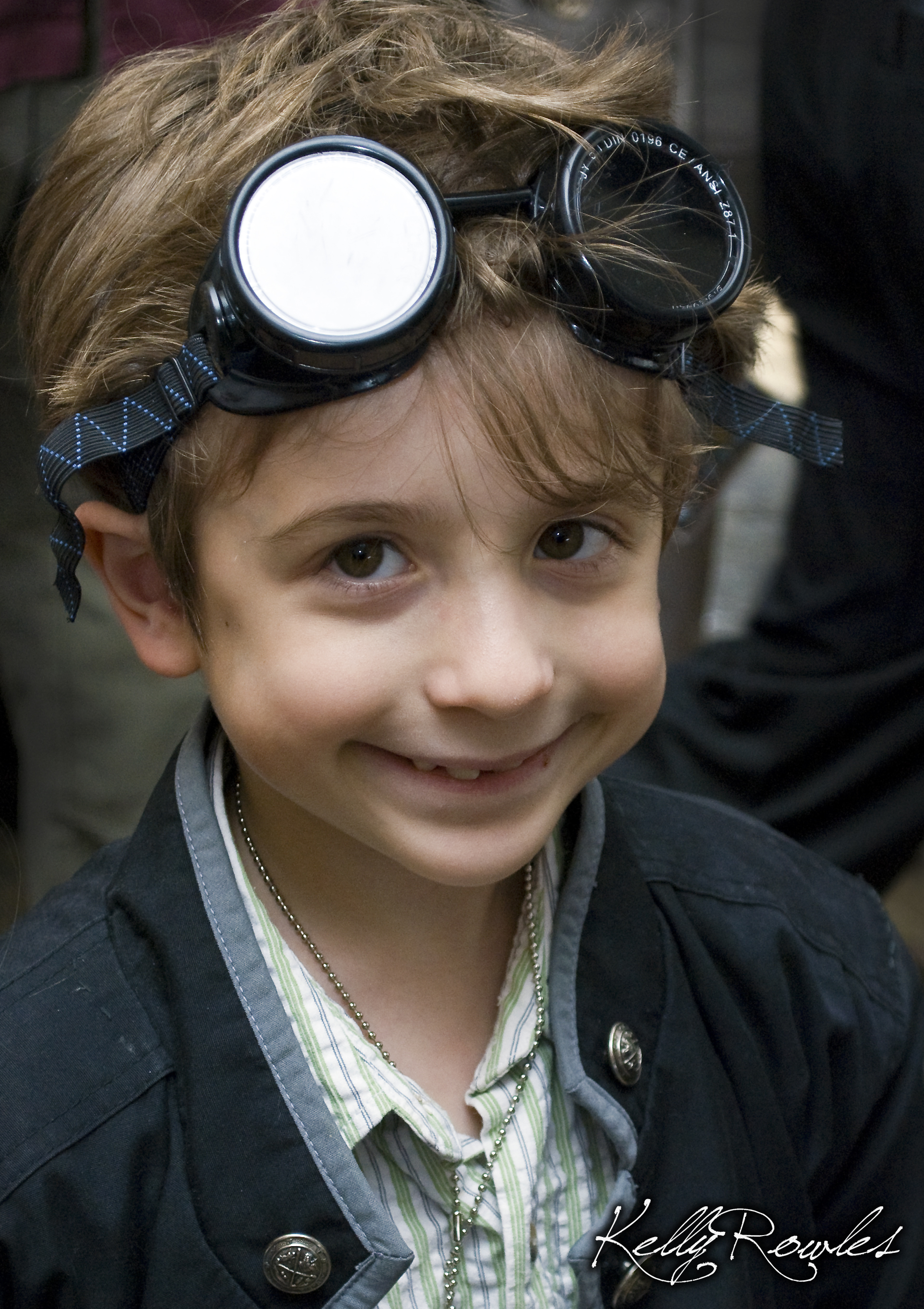 For 2011, we brought along four of our friends. We had told them tales of this amazing con, and particularly of Emperor Norton's Stationary Marching Band (more on them later). So, we piled into a van and all headed over to New Jersey for what we hoped would be another epic year.

Now, one of our only criticisms of SWF 2010 was that the vendors had all been put into actual hotel rooms, and that meant extremely crowded hallways and cramped quarters. We had really hoped that for 2011 that issue would be resolved, especially since the convention did change hotel venues. Well, we kinda got our wish, but not in the way we would have liked.

It just so happens that the vendors had been vending in the rooms again at the start of the convention, but the Fire Marshall had shut them down. The convention had to scramble to move all the vendors, and the result was them being scattered throughout the hotel, the main ballroom essentially being cut in half for musical performances, and the relocation of events. In my opinion, the hotel was already too small for the size of the event, and this just exacerbated the situation.

Please, organizers of SWF: pick a larger hotel next year. Whatever you think you need, double that amount.

Aside from the crowding/vending issues, the convention was an absolute blast.

The very best vendors were there, including Brute Force Studios, Steampunk Funk Bizzare, Delicious Boutique, Mayfaire Moon, and many others. There were also incredible artisans there, and jewelers. It really was the best steampunk and Victoriana shopping that one could hope to have.

But what really sets Steampunk World's Fair apart from other cons, in my experience, is the entertainment. One of our primary reasons for returning to SWF was Emperor Norton's Stationary Marching Band. We had fallen in love with them at SWF '10, and when we found out they'd be returning for '11, we knew all it would take to convince our friends to come with us was one YouTube video from last year.

Needless to say, Emperor Norton's Stationary Marching Band did not disappoint. Whether they were playing the Star Wars cantina song outside the hotel, or rocking out a full set on the main stage, this group knows how to put on one hell of a performance. Their talent and showmanship is undeniable. It almost goes without saying that it's worth the entire price of admission to SWF just to see these guys in action.

Another absolutely stellar performance was given by Professor Elemental. He's a "chap hop" artist and rapper with hysterical lyrics and incredible stage presence. The audience was loving every minute of his performance, and had clearly followed his work, because at least half of them were rapping right along with him. Professor Elemental definitely won us over quite easily, and we now consider ourselves fans of his as well.

So all things considered, the convention was incredibly awesome as usual. If we could just get a larger hotel for next year, and have actual vendor spaces that aren't hotel rooms, this con would basically be perfect. Can't wait for next year!

View all of our Steampunk World's Fair 2011 pictures here!