Posted in: UpcomingCons
May 12, 11 at 7:15pm | Kelly Rowles
This past Sunday I headed out to TooManyGames in Oaks, Pennsylvania. TooManyGames is a gaming convention that caters to several types of games, including classic and modern video games, collectible card games, and even gaming music. It was held May 6 - 8, 2011 at the Greater Philadelphia Expo Center. 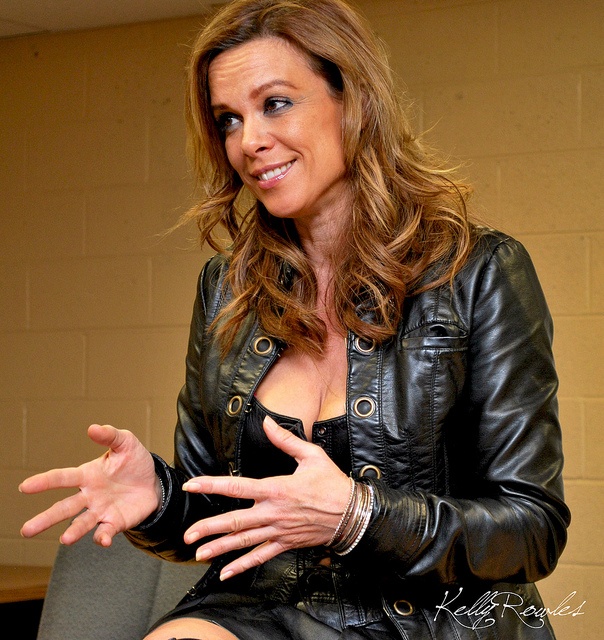 The Greater Philadelphia Expo center is a bit of a mixed blessing for the TooManyGames convention. It offers an abundance of space, decent tasting and priced food options, and plentiful parking. The problem is that it is all the way out in Oaks, Pennsylvania. It is not accessible by public transit really, which means so many Philadelphia gamers can't get out to it. Even those of us in the 'burbs have a bit of a trek out there. I've said it before about two other gaming cons held out there (Game Core and GameX): this venue isn't helping attendance.

That said, I fully recognize that I was there on a Sunday, which was also Mother's Day, and Sundays tend to be slower at conventions. I did talk to some of the vendors and it seems Saturday had a somewhat decent crowd, but Friday and Sunday were painfully slow, especially for those who were vending. It didn't surprise me to see them packing up pretty early.

One of the highlights of TooManyGames 2011 was definitely an appearance by The Angry Video Game Nerd, who commanded quite a line for autographs. Another great (but sadly not adequately appreciated by attendees) guest was Star Trek's Chase Masterson. Despite the slow crowd on Sunday, Masterson was incredibly animated and gracious to passersby and fans.

There were several tournaments going on throughout the weekend, and there were lots of different raffle items being given away. For those who just wanted to game, plenty of tables had been set up, along with there being an entire section of the expo floor dedicated to console and PC gaming and LAN parties.

The convention did a great job in attracting some cool vendors. In addition to the expected dealers of vintage video games and systems, there were also artists, and indie game developers showing off their products. It was neat to see what so many local indie designers are up to.

I think TooManyGames is a great concept for a convention, operated by some awesome guys. However, I really think their location is limiting their potential and their attendees. I understand that the convention was originally scheduled not to be on Mother's Day weekend, but the facility overbooked them and forced a change to the date. Sounds like yet another reason to look for a location closer to Philadelphia, or easier to get to from public transit. Surely there's a better location somewhere within walking distance of a SEPTA station, for around the same rate?