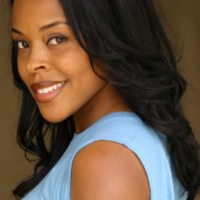 Nakia Burrise Pictures
This entry or version has yet to be approved by our editors.

Actress, singer, dancer, writer, model…When you take a look at Nakia’s career, it becomes crystal clear that she is a triple threat and entertainment is her passion!

Growing up in Stockton, CA, Nakia was introduced to musical theater and performance in elementary school. She began performing acrobatics by the age of five and later ventured into theater, musical theater, dancing, singing and modeling. After graduating from Edison High School in Stockton, California, Nakia auditioned for UCLA’s prestigious theater department. She was the only African American female freshman accepted into the theater department that year. By the time she was a junior at UCLA, her professional career had begun. She booked her first role as a series regular on Power Rangers, as Tanya Sloan, the yellow ranger; while simultaneously recording her first pop album with her singing group Divine. After Power Rangers Nakia took a break from acting full-time to begin a family. After the birth of her second child she began pursuing acting again and was diagnosed with a lung disease that again took her away from her passion, acting. In 2008, Nakia was blessed with a clean bill of health (as her illness was now in remission) and she once again pursued her dream of acting.

She has played an array of characters in such shows as 90210, The Middle, Rules Of Engagement, Melissa and Joey, Bones, Samantha Who, Boston Legal, Nash Bridges, Moesha and even found time to film a sitcom pilot that she wrote, produced and starred in titled, Crazy Daze. She is currently working as a series regular on an internet series for Mattel, due to premiere in 2012. Nakia plays the role of Nikki. Along with her television credits, she has appeared in numerous films, national commercials, and print ads. In addition, her stage performances continue to thrive. She has starred in musicals such as Bye-Bye Birdie, The Wiz, Two Gentlemen of Verona, Cinderella and the list goes on. Her resolve to be successful in the entertainment business is relentless. And her will to overcome life’s obstacles are incessant. But, her desires do not begin and end with performing. She is determined to reach where it counts the most, the children.

In 2006, Nakia, founded a non-profit corporation, “A Day in the Life”. The corporation’s mission is to reach inner city children by giving them the opportunity to explore careers, life options and community possibilities through field trips, presentations and field work; opportunities that are not readily accessible to many inner city youths.

In 2012, she partnered up with a dear friend to launch a new Christian t-shirt line “Eternally His Design.” Their hope is "that through a simple word or phrase (written on our shirts) offered in love, guided by the wisdom of God, will have eternal consequences in someone’s life.

Nakia has learned that with every hurdle, God gives her the will power to leap. It is her decision to continue the battle or lie in defeat! She chooses the battle!