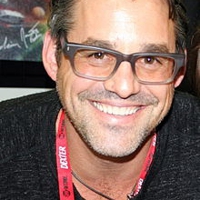 Nicholas Brendon Pictures
This entry or version has yet to be approved by our editors.

Nicholas Brendon is best known to audiences as Xander on Buffy the Vampire Slayer, a role he played for the seven-year run of the show. His film credits include the cult favorite Psycho Beach Party, My Neighbor’s Secret for Lifetime, A Golden Christmas for Ion, Blood on the Highway, and The Portal. He recurs on the hit CBS series Criminal Minds, has guest starred on the ABC drama Private Practice, and also starred on the Fox series Kitchen Confidential. In 2010, he launched the weekly webcomic Very Bad Koalas, with Steve Loter.