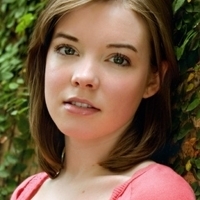 Cherami Leigh Kuehn is an American actress and voice actress who is affiliated with Funimation Entertainment/OkraTron 5000 and Bang Zoom! Entertainment. She has provided voices for a number of English-language versions of Japanese anime series, as well as video games. She is involved in very notable roles such as, Gaige in Borderlands 2, Asuna from Sword Art Online, Lucy from FairyTail, Elicia Hughes in Full Metal Alchemist : Brotherhood, Kneesocks from Panty and Stockings, and so much more.