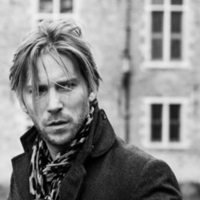 A native of Dallas, Texas, Troy Baker was once the lead singer for “Tripp Fontaine” (fmpm/universal). He first began working as an actor in TV and radio commercials, and quickly became a mainstay voice actor of the anime community with roles like Frank Archer, in Full Metal Alchemist, Abel Nightroad in Trinity Blood, Gennosuke in Basilisk and Action Bastard in Shin Chan.

Baker is also currently a musician in Akira Yamaoka’s Silent Hill band, playing the bass and singing backup vocals. Before he ever started pursuing acting, Baker was the lead singer for the previously mentioned Tripp Fontaine.