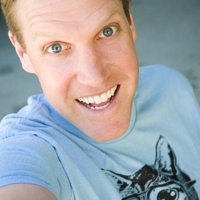 Ezra Weisz  has been working in the voiceover industry for 20 years.  He started his career voicing monsters in the Power Rangers series. Although, he may now be most known for voicing the character of Kaname Kuran in the series, “Vampire Knight,” he as lent his voice to characters in a variety of animated titles, including:  Soma Yagarai in “Aldnoah.Zero,” Nurari in "Naruto, and "Yylfordt Granz in “Bleach.”  Ezra is also an accomplished director and has directed the English Dubs of Academy Award nominated films, various Anime notably Paprika BoBoBo-Bobo-Bobo, and Sky Crawlers.  Ezra is currently directing the Saban series streaming on Netflix, “Popples,”   the International Emmy award winning series, “The Jungle Bunch,” the soon to be released pirate adventure series “Zak Storm,” and Nickelodeon’s hit animated series, “Miraculous: tales of Ladybug and Cat Noir.” Ezra also teaches improvisation and acting techniques all around the world. When he’s not working in the booth he’s warming up audiences in Hollywood at live TV tapings or Improvising with his comedy group iProv.