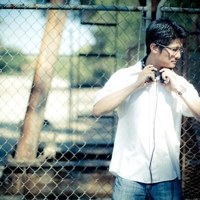 A familiar name in electronic dance music in both the con world and the club world, Tw33k is always constantly evolving his style of music! So get those dancing shoes ready. Having shared the stages amongst the biggest DJs in the world, Fedde Le Grand and Deadmau5 just to name a few.  Tw33k has also been a part of the anime seen both as a cosplayer and DJ for over a decade! Picked as a featured producer on a reputable trance record label in Germany, having originals and remixes signed with various record labels from across the globe, and featured in a special end of the year compilations in various trance record labels. Although being away from the decks for a short period has not dwindled his performance abilities as he recently headlined a few underground events. Surprises in every turn. What can we expect from his performance this year!