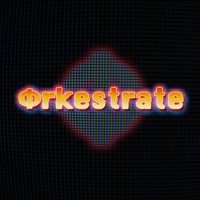 2044 A.D. In an age where music is power, an elite class of technocrats have risen to claim the earth’s frequency energy source. In particular, the world’s largest Wave Technology development company – OPUS HEAVY INDUSTRIES – is utilizing their revolutionary, ultra-sound powered Brain Computer Interface (the “Opus BCI”) to subtly manipulate human behavior to the tune of their own drum. The only thing standing in the way of Opus’ totalitarian conquest is an underground group of musicians turned hacktivists known as the ORKESTRATE. Lead by two brothers whose only known aliases are RENDER and MONK, the Orkestrate are combining their forces to launch a series of exhilarating, guerilla-style concerts in hopes of drawing members to their cause and exposing OPUS’ dystopia once and for all.