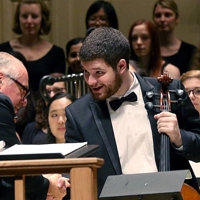 Mason Lieberman is an anime composer and recording artist most known for his work composing on series like Rooster Teeth’s RWBY and Beyblade Burst Evolution, amongst many others. As a cellist, guitarist, and vocalist, Mason has had the great pleasure of working with a wide variety of film and gaming franchises, with personal favorites including The Rising of the Shield Hero, Nintendo’s Super Smash Bros. franchise, Riot Games’ League of Legends, AMC’s The Walking Dead, Hell’s Kitchen, and God Eater. Mason’s panels provide a deep-dive perspective on scoring in the anime and game music industries. You can usually find him on Twitter or Instagram (@masonlieberman), or on Facebook (masonliebermanmusic).