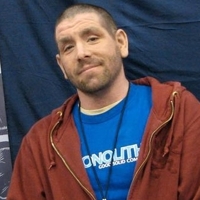 Josh Dahl is an American writer, educator, and comics professional. His independent comic book with artist Shawn Langley, Rapid City Below Zero, has been earning glowing praise from fans, creators, and critics alike since its debut. After working for more than a decade as a teacher in Boston’s youth corrections system, Josh channelled his experiences into his comic work. The result was an emotionally compelling look at the real, and tragic, lives of super villains. The founder of Make Better Comics, Josh leads classes, workshops, and panel discussions on the art, craft, and business of making comics. He lives and works in Boston.