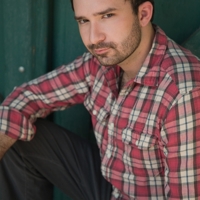 Dave Trosko is a Texan Voice Actor and Director. He’s most known for his roles as Spain in the ultra-popular Hetalia Series; as well as Guren Ichinose in Seraph of the End. Dave has been working almost exclusively with Funimation for now going on 14 years, having been featured in hundreds of anime titles over his career. Most recently he can be heard as Hagita in Orange, Ronaldo in 91 Days, Kaminaga in Joker Game, Eliott in Izetta: The Last Witch, and Georgi Popovich in Yuri on Ice!!!. Other featured roles include, Rokuro Bundo in Deadman Wonderland, Milgauss in Dragonar Academy, Itoya in Snow White with the Red Hair, Jek in Dance with Devils, Soramaru Kumo in Laughing under the Clouds, Sota in Tokyo Ghoul, Bikou in High School DXD, Tomoya Seo in Assassination Classroom, Samuel in Attack on Titan, Imadori in High School Rumble, and Mamoru Yuuki in The Galaxy Railways to name just a few. Currently Dave is excited to have joined the team at Funimation as one of their newest ADR directors. He’s been hard at work, voice directing the new hit Rugby anime “All Out!!” for his directorial debut with more projects to come! Apart from acting and directing Dave pursues his passion in culinary design, fine wine, and spirits as a private Chef and Sommelier and home brewer. He also spend a lot of time as a professional Dad for his wickedly awesome son George from whom Dave gains most of his inspiration and utter hilarity.