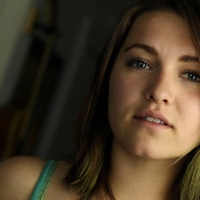 Tamara Chambers is an actress and comedian from California. She studied Acting at the Pacific Conservatory of the Performing Arts in California but now lives in Chicago where she spends her days hiding from snow. No. Wait. She is a theater and film actress who does stand-up comedy. Yes. Tamara Is on the internet show The Nostalgia Critic alongside Doug Walker and is known mostly for her Character “Hyper Fan Girl”. Her favorite things are cats, comedy, and the Fallout franchise. Also microwaved popcorn. And lists. And movies she’s never seen.