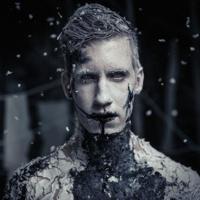 Social Repose is a musical electronic project composed by none other than Richie Giese. Social Repose posts video covers of famous music styles, along with many original songs such as “Empress” and “Villain”. See some of his work on Youtube under @SocialReposeMusic. Social Repose found it’s modest beginnings in the bedroom of singer, songwriter, producer and personality Richie Giese in late 2011, beginning as a synth-pop act used as a creative outlet that blended experiences, personal struggles, and fictional character storylines into one creative unique experience. Richie’s career over the past year has seen an explosion of fandom as hundreds of thousands have become apart of the S/R experience. Richie himself is known for his unique, yet tasteful appearance that fans have come to embrace. With his trademark purple-feathered headdress and war paint, fans everywhere have shown their support by mirroring his imagery at shows across the country on various tours and solo dates. Since S/R’s inception, Richie has played numerous shows in support of national/ International touring acts such as The Millionaires, Our Last Night, SayWeCanFly, Blood On The Dance Floor, Trace Cyrus of Metro Station and more. In addition, S/R was voted best up and coming artist (twice) in D.C’s Deli Magazine, while holding the #1 spot in electronic genre charts (D.C.) of reverbnation for the entirety of 2014 while embarking on his very first nation-wide tour later that year. Much of Richie’s success could be attributed to his strong commitment to his fans, content, and art but also the personality attached to the character. Outside S/R’s rapidly growing Facebook popularity, Richie’s youtube channel hosts over 50 million views and nearly half a million subscribers since committing to the platform in November 2015.