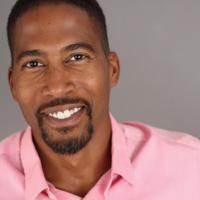 James Mathis III is a Brooklyn, New York native, and a graduate of the USC School of Cinematic Arts. For the past 8 years, he has been the most recognized voice of Black Panther across a variety of platforms. As T’Challa, his voice can be heard in animation, interactive games and live shows including “Marvel Universe Live” and “The Marvel Experience.” James is currently voicing the Black Panther in Marvel’s Avengers: Secret Wars and will continue the role in Marvel’s Avengers: Black Panther’s Quest.

Some might consider him a veteran, but James is really just getting started. In 2016, he co-created the animated series, “Chocolate Chips” which promptly sold to Film Roman. He has made Los Angeles his home, and seizes opportunities in diverse genres to nurture his talent and take him to new heights.