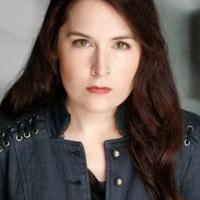 Julie Shields is a voice actor at FUNimation & musician based in Dallas, who can be heard in game such as Five Nights at Freddy’s: Sister Location, Marvel Avengers Academy, Heroes of Newerth, Soul Hunters, Alice VR, Wartide, Heroes of Atlantis, The Wardrobe, Skyforge, Caste of Heart and many other games.

Her voice can also be heard in several anime titles such as Tokyo Ghoul (Matsumae), Death March to the Parallel World Rhapsody (Zena), Urahara (Rito), Saiyuki Reload Blast (Rei), Miss Kobayashi’s Dragon Maid, One Piece, Attack on Titan, Red Sonja: Queen of Plagues and many more. She is also the singer/lead guitarist in The Capsules which has had songs featured in Borderlands 2 & SpongeBob SquarePants.