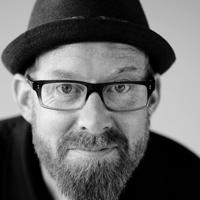 Brad Jackson is best known to Anime fans as the voice of Oolong the Pig in the Dragon Ball universe. He began working with FUNimation in 1997. Most recently he can be heard as Oolong on Dragon Ball Super, for which he recived a BTVA voice dub nomination. Mr. Jackson was the voice of King Cold on DBZ and has appeared in various Dragon Ball video games. Mr. Jackson had the privilege to voice the character Shade for Borderlands 2 and Tales from the Borderlands. One Piece fans will know his work as Hannyabal and Pickles the Gorilla. Other credits include Yu Yu Hakusho, Fairy Tales, Baki the Grappler, and the voice of Bakasura for the online game SMITE. Brad spends the rest of his time on stage and behind the lens as a photographer or at home as a dad to three boys.