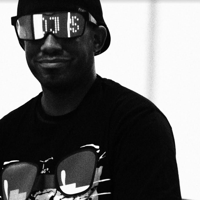 New Jersey born, retro/vintage inspired open format DJ and Producer Shadou MoZus aka DJ S-Moz is an avid video gamer and lover of all music. S-MoZ got his dj roots originally spinning house and trance in the late 90’s soon gaining the confidence to expand into all genres with a unique genre-bending free form style of djing.

The name Shadou MoZus and its unorthodox spelling is inspired by the love of the stealth action video game series Metal Gear Solid. Pronounced “Shadow Moses” just like the fictional island incident during the events of MGS. The choice to spell “Shadou” in this way is an homage to the wave fist move “hadouken” used by his favorite character in the video game series Street Fighter.