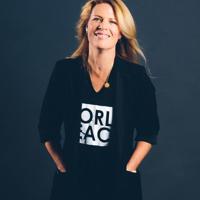 Mary Elizabeth McGlynn is a voice over director and actor of original animation and foreign dubbing. Mary Elizabeth started as a voice director of Anime dubs with Cowboy Bebop, Digimon Tamers, Wolf’s Rain, Naruto and Naruto Shippuden and Glitter Force. She then moved on to dialogue directing for original animation and is currently voice directing She-Ra: Princesses of Power, Star Wars Resistance, Tangled: The Series and Dorothy and the Wizard of Oz as well as 4 new shows that have yet to be announced. She also directed the VO on Billy Dilley’s Super Subterranean Summer and Penn Zero: Part Time Hero for Disney. She has directed the 6 Naruto Movies and received the SPJA award for best director for her work on the series. She has also voice directed many video game titles which include Crash Bandicoot N. Sane Trilogy, World of Warcraft, Heroes of the Storm, Diablo 3, Afro Samurai and Silent Hill.

As an actress, she soon to be heard in Carmen Sandiego, and is currently voicing Freya Fenris, 4D-MIN and Jooks in Star Wars Resistance, Horned Goon in She-Ra, Governor Pryce in Star Wars Rebels, Dr. Maheswaran in Steven Universe, Dynamite Watkins in OKKO, Valkyrie in Lego Marvel’s Avengers, Talis in StarCraft II, Johanna in Heroes of the Storm, Naoto in Persona 4, Queen Metalia in Sailor Moon Crystal and Brooha in Glitter Force. Mary Elizabeth also portrayed Major Motoko Kusanagi in Ghost In The Shell Innocence, Solid State Society and Ghost In The Shell: Stand Alone Complex for which she won the American Anime Award for Best Actress and Julia in Cowboy Bebop.