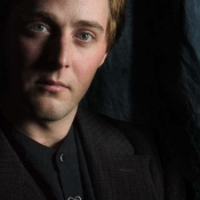 Taliesin Jaffe Pictures
This entry or version has yet to be approved by our editors.

Taliesin Jaffe started his career as a child actor appearing in films such as Mr. Mom and 2010, and his television show, She’s the Sheriff. He then went on to work as a voice director and script adaptor for animation and video games, and has been involved with the production of shows such as Hellsing, ROD the TV, NieA_7, BECK, Hellgirl, Romeo X Juliet and Monster. He has also directed the english voice over for video games including Street Fighter IV, Sengoku Basara: Samurai Heroes, and Marvel vs. Capcom 3. Jaffe has also worked as a voice actor, Some of his more notable roles include Blanka and Adon (Street Fighter IV), Darion Mograine, Admiral Ripsnarl and the Devourer of Souls (World of Warcraft), Edge (Final Fantasy IV), Flash (Mortal Kombat vs. DC), and Takeya (DearS).