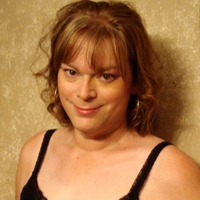 Jan Scott-Frazier first moved to Japan in 1987 to work in the anime industry, attending the International Animation Institute. She became a teacher before graduation, and went on to learn much of the animation production process.

She’s been part of producing the scripts for numerous anime, including doing script translation for Dead Leaves (OVA), the Psychich Academy manga, and the Scryed manga. She is also credited as an animator in shows such as Genocyber, Lost Universe, and Patlabor The Mobile Police.