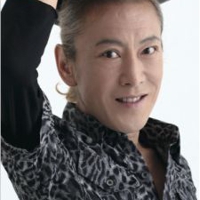 Ryo Horikawa is a Japanese voice actor from Osaka, Japan, most famous for his roles as Vegeta (Dragon Ball Z), Andromeda Shun (Saint Seiya), Heiji Hattori (Detective Conan), and Reinhard (Legend of the Galatic Heroes). He is also known for his video game role as Captain Falcon (Super Smash Bros. series). Ryo has been doing voicework since 1984, when he debuted as the protagonist of the 1984 anime Yume Senshi Wingman.