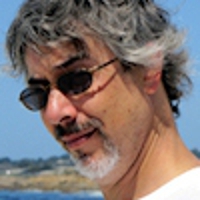 He has also had acted in popular anime and video game titles including Bleach, Digimon Data Squad,