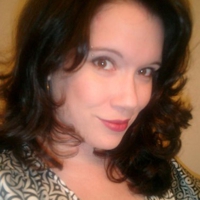 Monica Rial is a voice actress who has been doing voice overs for around a decade, appearing in a number of anime. She has been a part of a number of works by ADV Films and Funimation Entertainment, ranging from Full Metal Panic to Negima. In addition, she writes script adaptations and a monthly article for Newtype USA magazine.

She has voiced well over 300 different characters in anime in America. In 2012 she was awarded the Behind the Voice Actors People’s Choice award for Female Voice Actress of the Year.