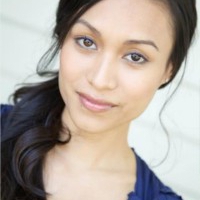 jessica rey Pictures
This entry or version has yet to be approved by our editors.

Jessica Rey was raised in Orange County, where she graduated from Cal State Fullerton with her BA in Business. Immediately upon graduation, she moved to Los Angeles to pursue her MBA at Loyola Marymount University. She began working as an actress, appearing in numerous national television commercial campaigns, including Kellogg’s, Jeep, Nokia, T-Mobile, and Gillette.

While finishing her MBA, she landed the role as Alyssa, the White Power Ranger on Power Rangers Wild Force. She has made guest appearances on Days of Our Lives, The Young & the Restless, The Stones, General Hospital, Las Vegas, and Rules of Engagement. Jessica currently designs her own line of vintage-inspired swimsuits: www.ReySwimwear.com and is producing her own television series.