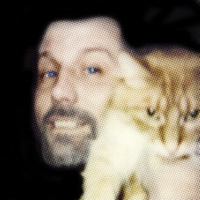 Terry is an Wisconsin native who lives with his wife and two daughters.