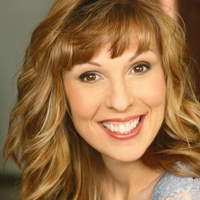 Carrie currently resides in NY where she graduated of one of NY’s famous Broadway schools; “Circle in the Square Theater School”, and is sticking around in the great city of New York for a while, although she certainly misses Los Angeles, which she considers home (especially when the NY winters roll around!). Carrie will always continue with voice acting and conventions whenever possible; School or no school, with Muscular Dystrophy, or with God’s healing! (She defiantly relies on God’s strength infused into her body on a daily basis!) Carrie has also enjoyed the unique task of being able to travel in order to help struggling children and adults in developing countries when funding could be raised to do so. She has done this in such places as Africa, Portugal, Russia, Romania, Mexico, the Philippines, some parts of the US and Australia.