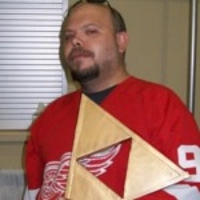 After a stint as a writer for A2 Press, a gaming company out of Chicago, Richard decided to try his hand at working alongside his wife Shannon. Richard’s main focus of late is the webcomic “Otaku Yen” (aka. Geeks Without Money), which updates twice a week. Richard is also developing a card game that Studio OINY hopes to release in the next few years, as well as a brand new comic project that will take Studio ONY into new and exciting directions. He also plays a mean round of Rock Band and loves to kill zombies.