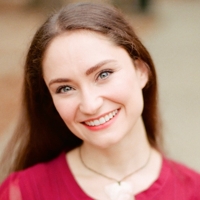 Emily Neves is a Voice Actor and ADR Director for Sentai Filmworks and Funimation. She has voiced over 75 roles in anime, including Kanade “Angel” Tachibana in Angel Beats, Kotomi Ichinose in Clannad, Uryuu Minene (9th) in Future Diary, Saki Watanabe in From the New World, Princess Lenessia in Log Horizon, Yuu. Naruse in Watamote, Mimay in Space Pirate Captain Harlock, and many more. She directed the English dubs of Watamote, Rozen Maiden: Zurückspulen, Maid-Sama, Dog and Scissors, and Love, Chunibyo, and Other Delusions. She won Best. Lead Performance by a female VA in Anime Movie/Special for her role as Inga in Un-go in 2012, and was nominated for the same award in 2013 for Yuuko in Dusk Maiden of Amnesia. She was nominated for Female VA of the year for 2012 and 2013. She is also a noted stage actor at the Alley Theatre Stages Repertory Theatre, and the Clasical Theatre Company. In her sparse spare time, she writes plays and screenplays, sings, works out, and plays the guitar.