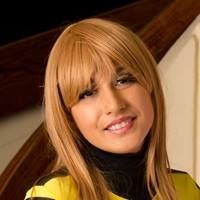 North American based cosplayer, Dokudel has been cosplaying since 1998 and has made herself over 200 costumes for over 100 conventions ranging from anime, manga, comics, cartoons and more. She has staffed at about 50 conventions since 2003, and attended well over 100. She has won numerous awards at conventions for performance and craftsmanship which has landed herself title of Masters. She loves to host informative panels ranging from workshops on how to sew, how to draw, and discussion panels on the history of cosplay to classic animes that are not as mainstream. Besides cosplay and conventions, Dokudel has recently released her book “A Broad in China” as well as started to do voice acting for anime.