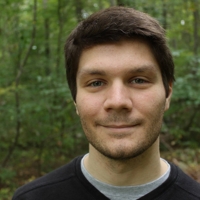 Clifford Chapin has been working as a voice actor, script writer, and director for several years now. He is best known for playing, Katsuki Bakugo in My Hero Academia, Conny Springer in Attack on Titan, Hide Nagachika in Tokyo Ghoul, Kirito Kamui inPsycho-Pass, and Yuri Dreyar in Fairy Tail. You can also hear Clifford in video games as the voices of Battleborn’s Toby, Michael from YIIK: A Postmodern RPG, and the Player Character’s voice in Dragon Ball: XenoVerse. In addition to his ADR credits, he has also worked behind the scenes for Marvel Entertainment’s publishing branch, as well as for several reality television series. In his downtime, Clifford enjoys playing video games and reading comic books from every genre. To keep up with all of Clifford’s many antics, be sure to follow him on Twitter (@CliffordChapin).