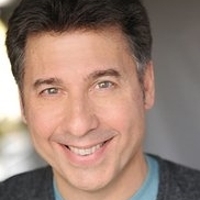 Tom is best known as the voice of “Agumon” in Digimon: Digital Monsters and is currently reprising the role in the Digimon Adventure Tri movies! He recently played the lead in the animated feature Condorito, and can be heard in the Sony PlayStation game God of War. Tom’s voice can also be heard in Dragon Ball Super and JoJo's Bizarre Adventure both on Toonami on Adult Swim. Other credits include Hunter X Hunter, Naruto and Bleach, The Adventures of Panda Warrior playing the dog Bruce Barkley directed by Wendee Lee, two roles (Stu the Turtle and a Male Ox) in Ice Age 2: The Meltdown directed by Carlos Saldanha, and some fans may remember Tom’s memorable death scene as Rocco Bonnaro in Cowboy Bebop with Steve Blum, directed by Mary Elizabeth McGlynn. A memorable Video Game credit includes begging for his life (yet again!) on Watchmen: The End Is Nigh directed by Collette Sunderman, and he’s also died several times, on several episodes, voicing several characters on Mighty Morphin Power Rangers. A career highlight is working in the same studio on the old Hanna-Barbera lot where The Flintstones were recorded, playing the Woim in the Boid N Woim for Cartoon Network-What A Cartoon, directed by Kris Zimmerman. From the early days of anime, other credits include The Guyver as Sho Fukamachi, and Orguss as Kei Katsuragi directed by the legendary Kevin Seymour. Originally from Huntington, New York, Tom always wanted to be an actor, but his greatest credits are his wife Dorothy, and their daughter. They live in Los Angeles where he is represented by Vanessa Gilbert at Solid Talent Agency.