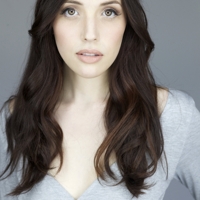 Kate Bristol is an anime voice actor based out of New York and Dallas. After landing her first voice over role at the age of 11 with Funimation Entertainment (Kisa Sohma in Fruits Basket) she has been working in the field ever since, with credits such as Dragonball Z, Dragonball GT, Suzuka, Negima, Fullmetal Alchemist, Attack on Titan, High School DxD, and the feature film Wolf Children. Since moving to New York in 2008, she has been featured in Pokémon XY and Pokémon: Sun and Moon as a number of trainers and Pokémon, her favorites of which are Togedemaru and a Pikachu named Spike. She has starred in a number of other animation projects, including Moonzy, Pooches, The Crumpets (Les Crumpets), Alisa Knows What to Do! and Robocar Poli. She also played Julia Krystal (Masumi Kotsu) in the Yu Gi Oh: Arc-V anime. Kate works as a script adapter and copy editor for a number of animation projects. When not in the booth or writing scripts, she can probably be found writing a book for fun, watching K-pop videos, or eating massive amounts of Taiwanese food with her husband.