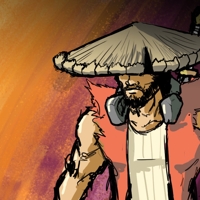 The “Sound Samurai” who loves to produce music, engineer audio & generally create new-sounds, which he refers to as his “neosonix”. Born in Washington, DC and raised during the golden era of hip-hop, K(yle) Murdock’s affinity for music was a result of growing up idolizing his late uncle Melvin Lindsey, who was a popular local radio host/philanthropist in the DC area; However, his interest in hip-hop music & culture was weaned by his older cousins. One crew in particular, The Native Tongues, changed his life when he stumbled upon the cassettes of two of the collective’s landmark groups (A Tribe Called Quest & De La Soul) back in the early ‘90s. The biggest thing K learned from the likes of those’ artist is consequently one of the biggest ideals he continually strives to get across in his own music- individuality!