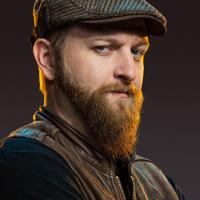 Matt has been making swords for 20 years. He is the lead blade grinder at Baltimore Knife and Sword. In the summer of 2014 he began hosting the hit web series MAN AT ARMS:REFORGED. Teamed with other talented craftsmen, he brings to life the most requested fantasy arms and armor from your favorite video games, anime, and other pop culture genres. In 2017 he became the host of the TV show MAN AT ARMS : The Art of War starring alongside Danny Trejo to make history’s most devastating weapons. In 2018 earned the title Producer for the 2nd season of Art of War and is currently creating his own content on YouTube for the channel “That Works”. You can find at www.youtube.com/thatworks