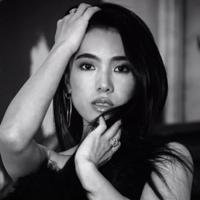 TiA is a Japanese recording artist who has performed the ending theme “Ryuusei” in the hit anime Naruto. TiA was born in Yokohama, Japan, and her father is Japanese and her mother is half German American and half Japanese. After sending her demo tapes to several companies,she signed a contract with Epic Records when she was just 16. TiA debuted at the age of 16 and soon became famous for her song “Ryuusei” which starred as one of the ”Naruto” ending themes. Her first album received a Gold Disc Award, and TiA is winner of McDonald’s Gospelfest 2016, Brooklyn X Factor, A Star is born. She released first American debut song “I’m on my way” in 2015, and TiA released her new single Galaxy Ride in January 2018.