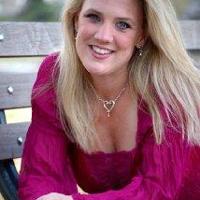 Stephanie Ann Nadolny is a voice actress and singer known to anime fans for being the voice of kid-Goku in the original Dragon Ball series, and for later being the kid version of Gohan in Dragon Ball Z. She has since reprised both roles in several Dragon Ball related video games and media. In 2013, she voiced her first non-anime role as KO in the pilot of the Cartoon Network Studios original program Lakewood Plaza Turbo and its television adaptation, OK K.O.! Let’s Be Heroes.