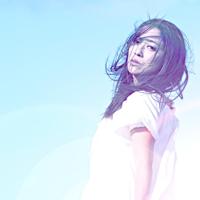 The exceptionally beautiful and wildly talented Japanese artist known as Lia began her singing career at age 15, when she moved from Japan to the United States. During her stay in America, she was chosen to be a vocalist of the game, TV, and theatrical version of the “AIR” visual novel theme song, “Tori no Uta,” which means “Birds Poetry.” Because of her transparent voice quality and outstanding ability to sing everything from pop, classical, to jazz, she became known as the Diva of Crystal Voice. Even after returning to Japan, she received offers from multiple agencies who wanted to utilize her abilities in their various projects. Her popularity has continued to soar because of her singing of theme songs of popular anime episodes, video games, and other musical projects.

In 2010, Lia won third place during the first week of Oricon (Japanese singles popularity chart) with the theme song, “My Soul, Your Beats” of the anime series, “Angel Beats.” During that same year, she won first place in the Independent Chart Section of the Billboard Japan Awards, as well as first place in the 43rd Oricon Annual Ranking anime tie-up singles. She also won a Grammy award for her assistance with the vocals on the album, “Calling All Dawns.” In 2014, she sang the theme song, “JUSTITIA” for the animated television series, “Wizard Barristers.” and the theme song, “Days” for the TV series, “Mekakucity Actors.”

In 2015, she sang a song called “Timeless Tomorrow,” which was used as the theme song of the iOS/Android game app, “Final Fantasy Legends: The Space -Time Crystal.” In that same year, she sang another theme song, titled “Heartily Song,” of the PC game, “Angel Beats! – 1st Beat-”. She also went on to sing the theme song, “Bravely You,” of the 13-episode animated series, “Charlotte.” “Bravely You” won fourth place in the first week of the 2015 Oricon and first place in the first week of the Billboard Japan Anime Chart.