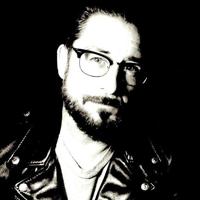 With over 20 years in the voice over industry, Doug Erholtz has left his mark on many an animated character. Known for his work; in anime as; Asuma Sarutobi from Naruto, Gin Ichimaru from Bleach, Akihiro Atland from Gundam: Iron Blooded Orphans, Jean Michel Polnareff in Jojo’s Bizarre adventure-Stardust Crusaders, and as the new Inspector Zenigata in Lupin III. In video games Doug’s known as; Squall Leonheart from Final Fantasy, Vega from Street Fighter, Hazama from Blazblue and Cao Pi from Dynasty warriors. And in original animation, Doug has voiced; Grumpy Bear and Beastly from Care Bears: Welcome to Care-A-Lot, Sprint Deer and Flap Peacock from Mattel’s new Enchantimals. Crumbly from Shopkins and a host of disgusting buggers from the Grocery Gang. Stay tuned, as Doug has a multitude of original animated projects in the works and ready to air in the near future!