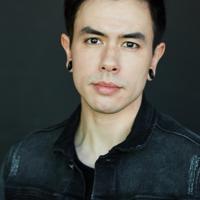 At the age of 14, Nathan Sharp, aka NateWantsToBattle, had already been alive for 14 years. Now, at the age of 29, he’s more than doubled that with a 95% chance to reach 30 within the next year. His career as a YouTube musician took off when he created video game parodies, most of which he has removed because he wants to be regarded as a “serious musician” (whatever that means). Since then, he has released 2 original albums (Sandcastle Kingdoms and Paid In Exposure), both of which have charted on Billboard and iTunes. He’s pretty stoked on that.

In 2016, someone made the mistake of letting this guy voice in anime and since then he has voiced in a staggering HANDFUL of shows and video games such as (but not limited to) Yoshichika in Luck & Logic, Craig in Dream Daddy, Damien in Monster Prom, Marcel in Attack on Titan, Bolo in Shantae: Half Genie Hero and Gapri in Fairy Tail: Dragon Cry and also sang the official 2nd Opening of Dragon Ball Super. How neat!