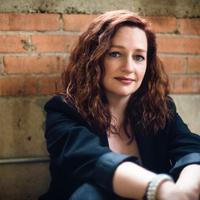 Jessica Cavanagh is a Dallas-based theatre artist, voice actor, and writer. As a staff writer with Funimation Entertainment, she’s adapted hundreds of episodes of Japanese anime for an English-speaking audience (some favorites are Golden Kamuy, Recovery of an MMO Junkie, Sakura Quest, and Fuuka) and she’s also worked extensively as an actor in their English broadcast dubs, voicing roles in Attack on Titan (Carla Jaeger), Fairy Tail (Aquarius), Steins;Gate (Moeka/Shining Finger), Black Butler (Paula), One Piece (Curly Dadan), My Hero Academia (Inko Midoriya, Izuku’s sweet mama!), Karneval (Iva), Katana Maidens (Akane Origami), and many others. Her play, Self-Injurious Behavior, which is based loosely on her own experience as the parent of her autistic son and favorite human, Elijah, was just presented off-broadway at Urban Stages in NYC in April 2019. Jessica is passionate about telling women’s stories now that she’s actually tried it and she’s pretty determined to spend the rest of her life doing as much of that as possible!