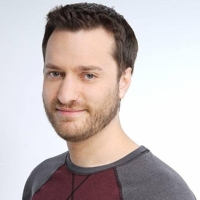 Brock Baker is a voice actor who has appeared in hundreds of cartoons on the internet. Most notably known for doing all the voices for Youtube’s Yo Mama channel. He’s also appeared in dozens of episodes of How it Should Have Ended, Cyanide and Happiness, Eddsworld, ASDF, and more! Brock is The Man of a Kajillion Voices, and he has his own Youtube channel cleverly named BrockBaker where he does impressions, song covers, comedy sketches, and more! Also, BrocksDubs. Remember those? Me neither.