9.8
About Scores
In summation, Dragon Con is a top multi genre con. It draws a multitude extremely good cos players, guest actors, writers and professionals that are tops in their fields. They really exceed my expectations each year we return. Also, they have a very good redesigned dragon mascot this year. Don’t forget to use the Dragon Con mobile as it really helps with your planning your event calender. The only thing negative that I could say about Dragon Con is that it’s so large. However, isn’t that called getting your moneys’ worth? But when the weekend was done, Dragon Con was an exceptional event suitable for the whole family.

Genres
comic scifi
Dragon Con 2014, a sci-fi convention of epic proportions, is happening in 2014, and will take place at the Atlanta Marriott Marquis, Hyatt Regency Atlanta, Atlanta Hilton, Sheraton Atlanta, Westin Peachtree Plaza in Atlanta. On the weekend of Dragon*Con, geeks take over the entire downtown of Atlanta. There are hundreds, even thousands of events for over 40,000 geeks and nerds, ranging from concerts, guest appearances, and autograph sessions to giant dances and huge parties. Dragon*Con is the largest multi-media and pop-culture convention focused on sci-fi, fantasy, gaming, and comics, there is.
< Dragon*Con 2013
Dragon Con 2014 Pictures We don't have any pictures from the convention yet. If you share yours, they'll be available for anyone to see and enjoy. Uploading your pictures from the convention is free and easy!
Add Pictures from Dragon Con 2014 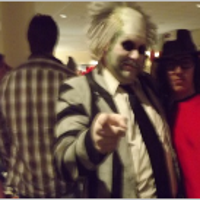 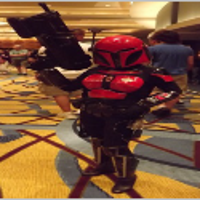 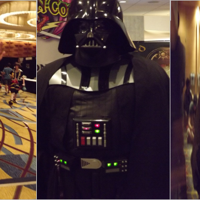 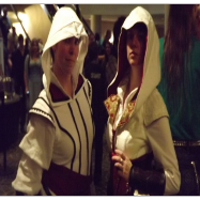 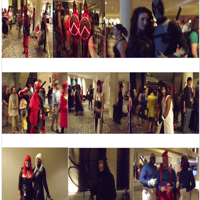