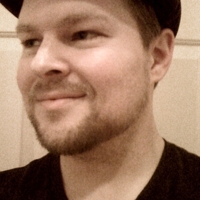 Voice actor, director, and scriptwriter, Chris Cason is most famous for his work as “Gluttony” in Fullmetal Alchemist, “Tien Shinhan” and “Mr. Popo” in Dragonball Z, and “Holy Roman Empire” in Hetalia: Axis Powers. He can also be heard as “Boo” and “Whitey” in Shin-Chan, “Jack the Ripper” in Soul Eater, and “Hanai" in School Rumble, among others.