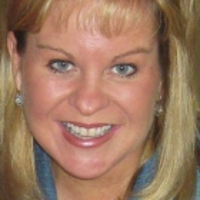 Allison Keith-Shipp is a native Houstonian (Yee Haw!) and began acting professionally at the age of 10. She began her career as child at Theatre Under the Stars (TUTS) with many of her favorite musical productions. Allison’s love of Musical Theatre led her to performing as a singer/actress with Gaylord Productions ’93-’95 at Fiesta Texas theme park in San Antonio, TX; before heading to NYC after college. As she was finishing her BA in Theatre from University of Houston, she was blessed to be introduced to the world of Anime through her friend Amanda Winn Lee at ADV Films! She is probably best known for her role of Misato Katsuragi in Neon Genesis Evangelion.

Allison is thrilled and honored to be attending Anime Detour this year, as she has not been on the Convention Circuit for quite some time while raising her “Chitlins”! When she is not recording with ADV, or Funimation, she can be found back in Texas: teaching part- time, attending little league baseball games, soccer games, and wiping snotty noses of the two most precious children in her life…her 8 year old son Noah, and 3 year old daughter Riley! She is married to her amazing husband Todd Shipp for over 14 years now! She is so excited about meeting everyone at Anime Detour!