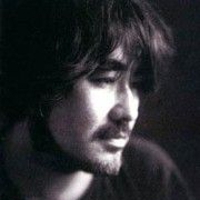 Yoshitaka Amano is a world-renowned artist and illustrator, known for his contributions to works including Vampire Hunter D, as well as the Final Fantasy series.

Amano-san began freelancing in 1982 after leaving the anime studio Tatsunoko Production, and went on to win the Japanese Seiun Award for Best Artist of the Year for four years straight, from 1983 to 1986.

Beginning in 1987, he began working as a character designer and visual concept designer for the Final Fantasy game series, while simultaneously working as an illustrator on series including Vampire Hunter D, Sandman: The Dream Hunters, and Guin Saga. Mr. Amano has held solo exhibitions in locations including Tokyo, Paris, New York City, Brussels, Los Angeles, Cologne, and Hong Kong.