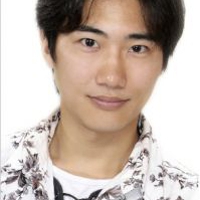 Kenichi Miya is a Japanese voice actor most noted for his roles as Dragan (Yu-Gi-Oh 5D’s) and Entre (© – Control). He has also done voice work for Detective CONAN and Magic Kaito. In addition to his anime roles, Miya-san has also voiced characters in several video games, including Yu-Gi-Oh! 5D’s Tag Force 6 (PSP) and Xenoblade (Wii). Kenichi has also performed on stage and in voice dramas.