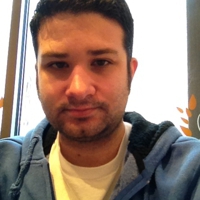 Erik Burnham is a Minnesotan writer and artist that first broke into comics with a series of humorous short stories in the Shooting Star Comics Anthology. These stories featured his original creation, Nick Landime, and culminated in a one-shot: Nick Landime vs. the World Crime League, published by Shooting Star in 2005.

In 2007, Erik produced work for two other anthologies – a short humor piece for History Graphics Press’ Civil War Adventures #1, and a horror story for Gene Simmons’ House of Horror #3, by IDW Publishing. This lead to several other projects for IDW, up to and including his current critically acclaimed run on the ongoing GHOSTBUSTERS comic book and assorted TEENAGE MUTANT NINJA TURTLES offshoot books. Erik has worked on other projects not related to comic books, and hopes one day to share those with the public at large. In the meantime, he still lives quietly in Minnesota; any rumors about this being because he’s completely afraid of the other forty-nine states (and Canada) remain unverified at this time.