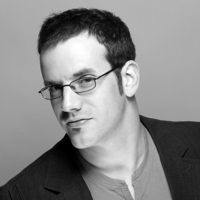 J. Michael Tatum is an American voice actor often best known for his portraying of Kyoya Otori in Funimation’s English language dub of Ouran High School Host Club, along with Doumeki in XXXHolic, and Komui Lee in D-Gray Man. Other notable roles include Jiro Mochizuki in Black Blood Brothers and Isaac Dian in Baccano!

Tatum has also been an ADR director and script writer for several shows for FUNimation. Most people probably are more likely to know him from being in Ouran as Kyoya.